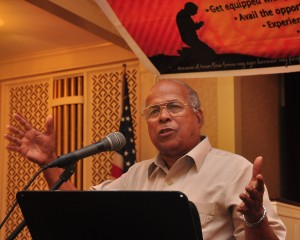 Dr. Thomas Samuel committed his life to Christ at a Billy Graham crusade in  India in 1956. In 1961 he resigned his job for full time Christian ministry and since then, he has been passionate and active in missions. God has also used Dr. Samuel to launch Operation Mobilization in India in 1964.  He is presently the Founder, President of Quiet Corner India and United Prayer  Movement for Nations.

He has a Bachelors degree in Philosophy from Kathmandu University, Nepal, and an   M.A in Sociology from Mysore University, Karnataka. He was conferred with the   degree of Doctor of Divinity, honoris causa, by the Gospel for Asia Biblical  Seminary, India. 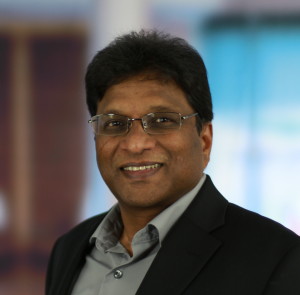 Suresh Veeravalli was born in South India. He made the decision to follow Jesus Christ in 1974 at the age of 12. Even as a child, he felt the call of the Lord and was actively involved in the ministry among students.  He completed his Bachelors in Engineering and Masters in Business Administration.

He felt the tug of the Lord for full time ministry in 1997 and put his career plans on hold for two years to serve God in the Ministry of Prayer and Intercession. During this time, he was associated with Dr. Thomas Samuel, the founder of United Prayer Movement for Nations and travelled with his team interceding for the nation of India.

Suresh has relocated to the United States in the year 2000 and now works as a manager in the Information Technology Industry. He resides in Richmond, Virginia along with his wife Hepsibah and daughters, Sharon and Shekinah.

He serves as an elder in the ‘inHISgrip’ Christian Fellowship in the city of Richmond, strengthening the body of Christ. God used him to launch Intercessory Prayer Drives in 2011 in association with other believers from Richmond, Chicago and India. 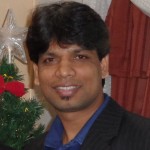 Sree Satish Deshabathini was born and raised in a Hindu family. He had a miraculous encounter with God in 1992 and accepted Jesus Christ as his Lord and Savior. He became a Christian and left his secular job to join full time ministry with Dorcas Ministry (India) under the leadership of Sis. Madhubala Ernest. He served God for 12 years in hospitals, praying for the sick and sharing the good news of Jesus Christ with them. He was actively involved in organizing seminars and gospel outreach meetings in and around Hyderabad, India.

In 2004 he and his wife, Laxmi relocated to the United States. They now live and serve the Lord in Chicago along with their three beautiful children, Josiah, Joanna & Jordena.

Satish and Laxmi are active leaders in the Christian community of Chicago, working with young couples, homeless shelters and involved in worship and Prayer ministries. God placed in him a burden for intercessory ministry and he joined hands with Suresh Veeravalli in launching Intercessory Prayer Drives.

‘In His Grip’ is a non-denominational Indian Christian fellowship, growing as one body in Christ and reaching out with the love of God. This group of visionary and passionate believers has been a source of inspiration to the Christian community in Richmond and across the country. 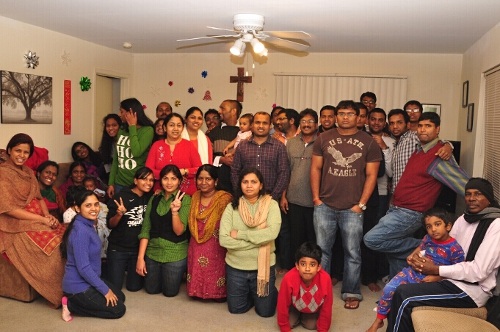 In addition to their weekly programs, the group is actively involved in outreach activities and prayer gatherings. They have been  and continue to be actively involved in the ministry of Intercession and have made cross country prayer drives an annual event of the fellowship.