In preparation for the prayer drive in Australia & New Zealand, we asked God what He wanted us to share with His people. The word of God came to us from Joel 2:15-17.

15 Blow the trumpet in Zion, Consecrate a fast, Call a sacred assembly; 16 Gather the people, Sanctify the congregation, Assemble the elders, Gather the children and nursing babes; Let the bridegroom go out from his chamber, And the bride from her dressing room. 17 Let the priests, who minister to the Lord, Weep between the porch and the altar; Let them say, “Spare Your people, O Lord,

And this is what we resolved to do ever where we go. We will call on God’s church to pray for the salvation of people of the land in preparation for His return.

So we set out to Australia with much prayer and arrived in Sydney on August 3rd 2015. The enemy tried his best to deter this trip starting with nearly missing our flight due to a huge traffic jam on our way to Washington DC 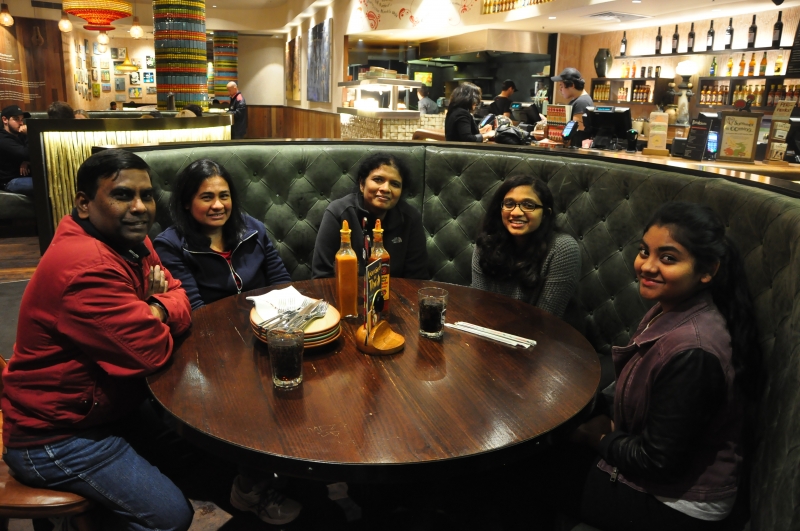 airport; to a missed connecting flight at Auckland. But thanks be to God, who purposed this prayer drive, He guided us through safely to Sydney. We were warmly received by Pastor Raj Dutt, his wife Rosy and daughter Jessica. It was great catching up with old friends and we were refreshed both in body and spirit after the long and eventful flight.

After a good night’s rest, we began the 10 hour prayer drive from Sydney to Melbourne. With Jessica on the guitar leading us, we filled the highways with worship and intercessory prayer for the land.

By lunch time we were in Canberra, praying through the streets of the

capital of Australia. As it was Parliament’s day off, we had the opportunity to go into the chambers of both the Senate and House of Representatives and pray for the decision maker of this great land.

From Canberra we continued the prayer drive through the vast expanse of land,

past beautiful sheep pastures and the amazing landscapes. We arrived in Melbourne and were received by our gracious hosts, Sundar and Ratnasree and retired for the night after a great meal and a prayer of thanksgiving.

Melbourne was beautiful on this late winter/ early spring day and we made our way to drive past important landmarks in the city.

We prayed over the University of Melbourne and Mason University. We visited the Melbourne Cricket Ground and Melbourne Park, the site of the Australian Open, and prayed for the thousands of sports enthusiasts who would walk through these grounds. We were able to prayer walk the streets of downtown Melbourne as we took in the sights and sounds of this great city. 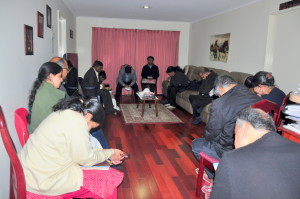 Later in the evening we had the opportunity meet some of the members of the Melbourne Telugu Christian Fellowship in the home of Timothy and Joni. We had a time of teaching and ‘Standing in the Gap’ prayer for the land of Australia, the city of Melbourne and the local neighborhoods. After a delicious dinner we returned back to our hosts full of joy, over a very productive day of prayer in Melbourne.

On August 7th we met with the Sydney Bible Study group for a time of ‘Praying for the Nation’. 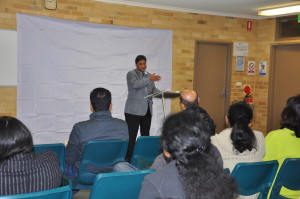 We experienced an awesome presence of God as the people came together in one accord to cry out for the land. We humbled ourselves and confessed the sins of the land in accordance to 2 Chronicles 7:14 and prayed for

God’s intervention, protection and saving grace on the land of Australia. We were blessed encouraged by the zeal and burden the brothers and sisters of this bible study group had for the Kingdom of God.

August 8th was the day of prayer for Sydney. We went on prayer drives through downtown Sydney, prayed at sports complexes, universities and at the popular tourist areas like the Opera house.

Later that evening, I was invited to deliver the word of God at the Sydney Telugu Christian Fellowship and it was a great opportunity to remind the church about the call of God to pray for the nations. The fellowship celebrated the upcoming Indian Independence day and we had a beautiful service which included the transition of leadership from the outgoing committee to the new committee members.

Sunday morning service was at Pastor Dutt’s church where we had the opportunity to lead worship and be blessed by his sermon.

It was wonderful to be part of this growing church. We just had time for a quick visit to the Hillsong Church Campus before heading to the airport to catch our flight to Brisbane.

Special thanks to Pastor Dutt and his family who took such good care of us and was instrumental in organizing the prayer drive from Sydney to Melbourne and back.

We arrived in Brisbane on August 9th to meet our cousin Bindu, her husband Harin and their beautiful daughter Eliana. It was great catching up with them after 15 years.

The next day, we walked around the city of Brisbane and prayed over this beautiful city. In the evening we joined with the brothers and sisters from the Brisbane Telugu Christian Fellowship for a time of prayer.

We once again rejoiced at the opportunity to worship, share God’s word and pray together for Australia and Brisbane. August 10th happened to be Bindu and Harin’s 10th wedding anniversary and we were blessed to be with them on this joyous milestone.

With the prayer ministry in Australia nearly complete, we looked forward to a couple of days of fun and relaxation with our cousin’s family as they made arrangements to

drive us over 1000 km up the east coast to see the Great Barrier Reef. It was another opportunity for us to experience and pray for the many coastal towns and villages as we drove all day on August 11th to reach Airlie Beach.

Our memorable visit to Australia ended after another long drive back from Airlie Beach to Brisbane where we caught our flight to Auckland. We are very grateful to God for allowing us to experience and pray over this beautiful land and the amazing people of Australia!

We arrived in Auckland to a slight drizzle and a chilly evening on August 14th and were warmly welcomed by our dear friends Sarath and Swetha.

Originally from a Hindu background, they came to know the Lord and are very active in the work of the kingdom, helping lead many of their friends into the saving grace of our Lord Jesus Christ.

On Aug 15th we got together with a dynamic group of young believers and drove through the streets of Auckland worshipping God and praying for New Zealand and the city of Auckland.

We made our way up Mound Eden and took in the awesome view of the Auckland skyline and the surrounding areas. The group took time to stretch out their hands and pray and ask God’s touch on all the people living in this area.

After a day of amazing prayer time, we joined other Christian brothers and sisters at Shalom Fellowship of Auckland where we were invited to preach by Anil Amathinthala. We once again had an opportunity to teach and motivate God’s people to intercede for the land and the church spent time lifting up New Zealand and Auckland to the Lord.

August 16th was a day for us to relax and take a drive around the countryside along with Sarath and Swetha to take in the amazing sights of New Zealand.

We couldn’t stop praising God for all the beauty He created as we marveled at the serene green hills and peaceful sheep pastures around us. We wished we had more time to spend here and vowed to return to this beautiful part of the world.

Pretty soon it was time to board our flight back to the States and leave behind all the wonderful people and the many places we visited during the past two weeks. We thank God for this amazing opportunity to join with His people to pray for this amazing part of world!